AI is Making Art — Can it Sell it?

Using AI to help art dealers communicate with their customers.

Using AI to help art dealers communicate with their customers.

From smartphones to chatbots, artificial intelligence (AI) and machine learning (ML) are ubiquitous in our digital lives. And now, the machine age is hitting the art world as algorithms and machines are being designed that can make art. In 2018, for example, the algorithm-generated Portrait of Edmond de Belamy was sold by Christie’s for $432,000. And in 2019, AI pushed the boundaries of what machines can do when an artificial intelligence named AICAN and its creator, Dr. Ahmed Elgammal, created a collection of prints that were shown in a solo exhibition at the HG Contemporary Gallery.

AI and ML tools have also started to move from the walls of the art gallery to the cozy confines of the private dealer-collector relationship. What, exactly, does this look like? Will art fairs use AI to tailor suggestions to the casual art buyer? What art tech tools will eventually be built that can help art industry professionals better serve collectors? Let’s delve into some of the hypotheticals while also looking at what AI tools are already being used by art industry professionals to increase communication across artworld ecosystems.

When my daughter was a toddler, we flipped through my old Gardner’s art history textbook from college and I pointed out all of the mouths, noses, and eyes on various reproductions of paintings. I then handed my little genius a box of crayons and a piece of paper, and voilà, she colored something akin to what she had just seen in the book: a figure, albeit abstract, with a mouth, a nose, and two eyes.

There was quite a stir in the artworld when Christie’s sold Portrait of Edmond de Belamy in 2018. The algorithm that created the print, reminiscent of a portrait of a 19th-century gentleman, had been “trained” to create art using a sample set of artworks to learn what portraits looked like. In other words, just like my daughter, the algorithm was simply copycatting other artworks.In 2019, AI pushed the boundaries of what machines can do when an artificial intelligence named AICAN and its creator, Dr. Ahmed Elgammal, created a collection of prints that were shown in a solo exhibition at the HG Contemporary Gallery. The works, all portraits, weren’t unlike the drawings done by either my daughter or the algorithm that had made the print that was sold by Christie’s just a year earlier. A hazy face here, a hand with who-knows-how-many-fingers there, c’est tout.

But unlike my daughter or the older generation algorithm, Elgammal said that AICAN didn’t just copy existing work, but rather it made alterations to the style it had just learned to generate something entirely new. But the question remains: Is this art? Is what AICAN produces so different from art that came before it? Or is it a little bit like putting lipstick on a pig?

Currently, the dealers and collectors are trying to answer similar questions. Traditionally, dealers help collectors choose art based on their price point, personal preferences of artists, movements, or styles, provenance, and sellability. Often, dealers will also help collectors make emotional decisions by asking questions such as: Does the piece speak to you? Do you love it? Does it move you?

So, what happens when machines become dealers? Is the human touch of dealing art removed? Most importantly, what happens to the private dealer-collector relationship?

Data Insights Help Give Insights Within the Large Artworld Ecosystem

Artsy became one of the first online art brokerages in 2009. Using a search engine and database, the brokerage uses a database and search engine to draw connections and relationships between artworks. In 2017, Artsy acquired ArtAdvisor, a data science technology startup that analyzes large datasets about artists to provide micro-level insights about them. Over time, the ML-driven ArtAdvisor has helped people cross cultural boundaries by using data to tell the story of individual artists, thereby expanding the artiverse to art lovers and collectors.

Artsy is by no means the only company adding human-like qualities to their AI- and ML-driven platforms. ArtRank’s algorithm allows collectors to evaluate the intrinsic value of artworks, rather than simply the market value. Emma, an AI Twitter bot, functions as a curator for Artfinder, giving individualized art recommendations based on the subjective, personal preferences of collectors’ taste. Even Sotheby’s got in on the ML action with its acquisition of Thread Genius, an AI startup that increases price transparency through machine learning.

The Future of Collecting

The applications of AI- and ML-driven tools and platforms can be taken as far as we’d like them to go. Imagine going to a busy art fair and, rather than wait for a busy dealer, one can simply sit down at a booth and “discuss” potential art purchases with a machine that presents subjective options? And it’s easy to see how AI tools improve workflow in galleries and increase communication across ecosystems.

Who knows, if art generated by algorithms or an artificial intelligence like AICAN is your thing, then ML may even help you choose a new AI-made piece.

Melissa Banigan is a journalist, author, and content strategist whose work on art, technology, business, government, and Franco-American and Caribbean cultures appears in The Washington Post, CNN, the BBC, NPR, The Independent, and the Chicago Tribune, among many other publications. Her two most recent books, Developing a Strategy for a Political Campaign and Working with the Community in a Political Campaign, were released by Rosen Publishing in 2020. Also a trained art historian (Columbia University), Melissa curates exhibitions. Her last exhibition was with the American Jewish Joint Distribution Committee (JDC) at the Polish Consulate in NYC (in the Joseph Raphael De Lamar House). 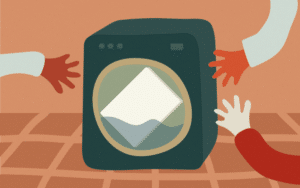 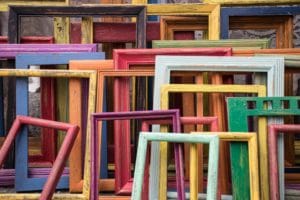 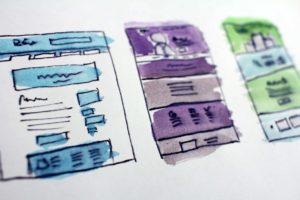